Skip to main content
14
Oct 2016
No on 57: Stop the Early Release of Violent Criminals 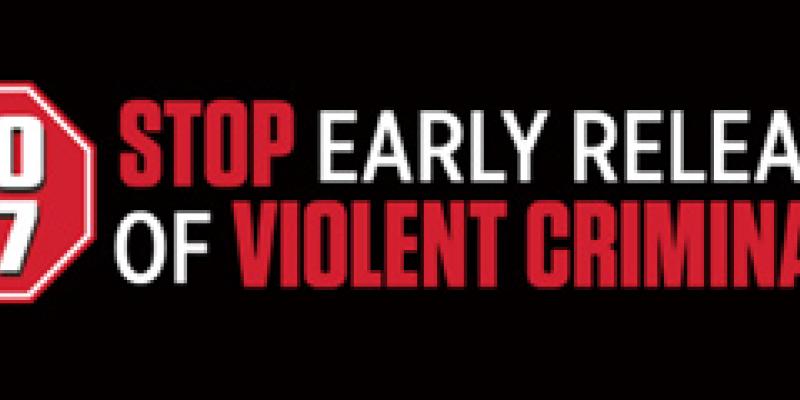 LAPPL Board of Directors

This November you have an opportunity to prevent another public safety disaster. You can vote NO on Proposition 57.

Proposition 57 falsely claims it will improve public safety. That’s simply untrue. Proposition 57 will allow violent convicted felons to receive parole after serving only a small portion of their sentences. And don’t be fooled, this harebrained proposition is not limited to nonviolent offenders. It will release into our neighborhoods a host of criminals convicted of violent crimes.

If you think criminals who profit from the trafficking of young girls in the sex trade are reprehensible, you must vote NO on Prop 57. Under Prop 57, human traffickers are eligible for early parole.

If you believe a thug who pounds your neighbor with a baseball bat should not be let out early to roam your neighborhood streets again, you must vote NO on Prop 57. Prop 57 makes these criminals eligible for early parole too.

If you believe that anyone who kills a pedestrian with their vehicle and runs away from the scene should serve their time, you must vote NO on Prop 57. Yes, these cowards are eligible under Prop 57 for early parole as well.

That’s why 50 District Attorneys, 28 County Sheriffs and scores of law enforcement associations and crime victims’ organizations all oppose Proposition 57. They are joined by major newspapers across the state including: The San Diego Union-Tribune, The San Jose Mercury News, The Fresno Bee, The Santa Rosa Press Democrat and The East Bay Times. You can see a full list of those opposing Proposition 57 here.

California residents are currently suffering through the impacts of the last two rounds of criminal justice experimentation. Proposition 47 and AB 109 have put more criminals on our streets and have downgraded so many crimes from felonies to misdemeanors that it has become open season on our homes, vehicles and our local businesses. Our criminal justice system has become a revolving door for criminals and made our neighborhoods less safe.

Combine the passage of Proposition 57 with the fact that police staffing in Los Angeles is at dangerously low levels, and you have a recipe for disaster: more dangerous criminals in our neighborhoods with fewer police officers to protect our residents.

Haven’t we learned our lesson when it comes to half-baked ideas from pandering politicians? Vote NO on Proposition 57.

Stay Updated with the Latest News